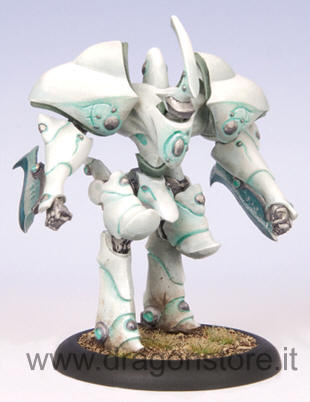 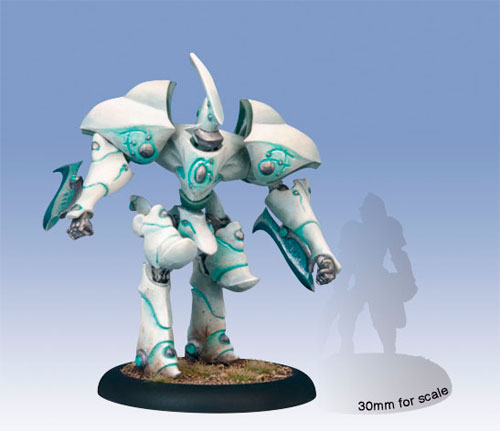 Retribution - Gorgon Light Warjack
The Gorgon exists to dictate the flow of battle by depriving the enemy of mobility. Its integral force cannon unleashes blasts of energy capable of forestalling an enemys forward momentum. Its more powerful fields require close proximity, and the Gorgon will rush forward to seize even larger and more powerful jacks or myrmidons to pin them in place. While its force-locked prey struggles to extract itself, the Gorgon deals punishing blows with its arm-mounted glaives.

Legend of the 5 Rings