Lamentations of the Flame Princess - Qelong 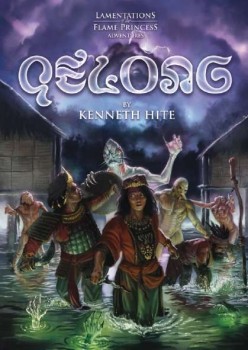 Accessorio per Lamentations of the Flame Princess in inglese
Two barely conceivable beings have fought a war for a generation over Sajavedra, a barely legendary land far to the southeast. They wish to claim its rich harvests of souls and fields, its intricate networks of ley lines and temples, for their own.

They have devastated it utterly.

A forgotten weapon in their war, a neglected sorcery fallen from a distracted archons attention, lies in the Qelong River valley at the edge of this near-cosmic battlefield.